For American political observers, it should be an obvious paradox that the same Nobel Peace Prize Committee that awarded two anti-Bush prizes – to Carter and Gore – relaunches Bush’ own strategy of “preemptive strike”. Only this time for the purpose of peace. What could we Norwegians have been thinking? 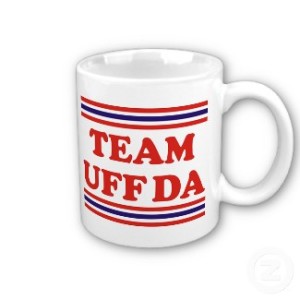 As a former Norwegian diplomat, I will take you behind the scenes to explain the Norse code behind the Nobel Committee’s decision. In fact, the last and only time a sitting American president visited Norway, I was stationed at the Norwegian Embassy in Washington, my first posting in a ten-year diplomatic career. It was 1999, and Norway welcomed President Clinton a Rabin Commemoration.

However, when the Embassy held a press conference ahead of the visit, only one journalist bothered showing up. And he had only one question: “When will the Nobel Peace Prize be announced?” The answer was that this had occurred several weeks earlier. The journalist showed no sign of embarrassment being from Reuters and not knowing this: “Huh… who won?” That year’s recipient was Doctors without Borders. Still no sign of embarrassment: “Huh… good choice”.

“A bit weird”
This taught me how unconscious most Americans are about the Nobel Peace Prize. Until now. Only this time, the common conclusion seems to be that this year’s decision is not such a good choice. Even among intense Obama supporters the notion is that the decision is “a bit weird”.

For a strategy as bold as «preemptive peace” to succeed, it must be understood. This time it wasn’t. Exhibit A being that the recipient himself said he didn’t deserve it.

Never in the history of The Nobel Peace has a recipient expressed that he or she didn’t deserve the prize. Never did we hear such a reserved appreciation speech. Even Shirin Ebadi, who was followed by the eyes and ears of the Iranian security police, showed greater emotion.

Barack Obama did not wish to receive the Nobel Peace Prize. Not now. The Nobel Committee should have anticipated this.

Americans from Mars, Europeans from Venus
Upon returning from the States to Norway seven years ago, it immediately struck me that Norwegians, are so busy judging America (polarizing themselves in camps for and against) that they forget to analyze the reasons behind American decisions. Not to forgot, how to influence, not just comment, these decisions. These are common traits shared with many other Europeans,

In this case, the Committee did not appreciate that what President Obama is facing on home turf – health care reform – is much more important for his reelection that “the multilateral climate in the corridors of the UN”. His efforts in this regard seem to have been burdened by the unending celebration of the president’s potential.

And while Obama’s carefully attempts to shift focus from rhetoric to results, he is awarded an international prize for his rhetoric. His Republican opponents can easily spot yet another common characteristic with President Carter, the president that never managed to fulfill his ambitious rhetoric. Until he himself won the Nobel Peace Prize.

Nobel Peace Prize still relevant
The Nobel Peace Prize has not lost value. It has become its nature to withstand controversy. However, I believe the Committees representatives are misguided when comparing this award to awards such as Arafat’s, whom many people viewed as a certified terrorist. Obama is, for the time being, one of most celebrated people in the world. While other awards have caused fury, this one has been met by irony.

Of course he couldn’t have turned the award down, as commentators even on the American left have suggested. To take care of more important business back home? Remember what happened when John McCain suspended his presidential campaign to attend to the important business of the financial crisis? Exactly. He might as well have shoot white doves with an air gun from a Rose Garden window.

Unfortunately, it is not the Committee’s intentions, but the Committee itself, that has been placed on the agenda. International media have begun to focus on who is on the Committee(«Five obscure Norwegians». Chances are that any list of five Norwegians, however prominent, would sound obscure to most Americans). It has surfaced that the majority is on the political left, and how this has influenced the three anti-Bush awards. How many anti-awards can be expected next time a loud Republican president enters the stage?

This focus is bad news for the Nobel Peace Prize. The Committee’s difficult, but not impossible, task is to be discreet, but challenging. The same way good diplomats act: controversial in a least controversial manner.

“Thorbjorned”
The Chairman of the Nobel Committee is Thorbjørn Jagland, former Prime Minister of Norway and newly elected Secretary General of the Council of Europe. The term “thorbjorned” was coined by Yoni Brenner in a New York Times op-ed recently. Jagland is enlisted in Joe Biden’s, not Barack Obama’s, school of rhetoric. On a late night talk show, he once addressed former president of Gabon, Omar Bongo, as Bongo from Congo.

Focus on nuclear proliferation
From the day he stood up to the news of the award, and until he comes to Oslo to collect his prize, Obama will have done everything he can to direct the attention away from his own person. I do not doubt that he will succeed in picking a topic worthy of full international attention. I worry, however, that the Committee didn’t do it for him.

Nuclear proliferation should be such a theme. It was amongst the premier reasons motivating this year’s award. Scraping the missile shield creates momentum to this worthy cause.

The Nobel Committee has fallen into the classic European trap of getting overly irritated by George Bush’ irritating rhetoric and overly excited by Barack Obama’s exciting rhetoric. In American politics, more than most political arenas, results matter most.

Not so much in Europe. Global concerns come first, even though some countries use the argument as a fitting rhetorical hiding place. After working a few years at the Norwegian Mission to the EU, I can confirm that France is not the only European country accused of throwing the term “European interests” around, also when they really mean national interests.

Too many Europeans are trapped in a normative image of how the world is supposed to be. Not acknowledging that the US and the world face tough prioritizations in Afghanistan, Iraq, Iran and North Korea. These are not choices between right and wrong, rather choices between wrong and somewhat less wrong. It raises the classic American dilemma of “Damned if we do, and damned if we don’t” which makes it as hard for European foreign policy idealists to cheer for the US as it makes for them to choose how to curse the US.

Why the rush?
Do the idealists curse an expansive America that occupies Afghanistan and micromanages its leaders? Or do they curse an isolationistic America that might turn its back to women being suppressed and religious fanatics emerging? Attack Iran or allow them to build nuclear weapons? Only a few days ahead of the award ceremony Obama sent 30.000 new soldiers to Afghanistan.

Maybe not so surprising that the Nobel Committee was in such a hurry to hand out the prize? So, is Obama’s Nobel Peace Prize an unidentified flying object, drifting through the sky on hot air alone, launched by attention-seeking nutty Norwegians, claiming there is someone on board navigating steadily through international air space? And are the Republicans going to send Kanye West to Oslo to interrupt his name caller Obama’s speech with a more worthy candidate? Imma let Obama finish his term, but well-calculated or not, we peace luvin’ Norwegians have an investment in you now.